After leaving Gettysburg, we journeyed south the Hershey Pennsylvania, home to - you guessed it - Hershey chocolate.  We stayed in a Thousand Trails outside of town that is earmarked for a return visit - utterly beautiful and well maintained with full hookups - a premium at a lot of Thousand Trails.

When Milton Hershey started Hershey, he wanted a place his workers could relax, so he set aside a large parcel of land for relaxation.  This land is still operated by Hershey, but has morphed into a  stadium, an amusement park, a convention center, a candy store and corporate promotion.  .

I can tell you that Disney has nothing on the the good folks at Hershey.

You drive in, park for free and then enter the worlds largest candy store.  In the back of the candy store is an entry to the "Hershey Story".  This is a ride through a animatronic representation of the chocolate manufacturing process.

You exit the ride once again through the worlds largest candy shop, where you can (and we did) spend significant amount of money on Hershey's wares.

The more we looked at Hershey and Milton Hershey, the more we were impressed with him.  In addition to the town, the factory, the park, the hotel etc, Milton Hershey started and endowed the Milton Hershey School, as a boarding school for disadvantaged children.

I don't think Henry Ford ever did that. 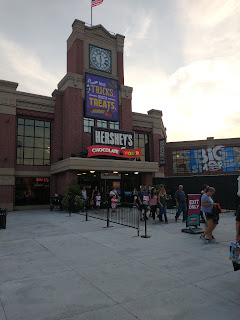 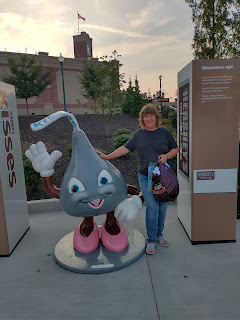 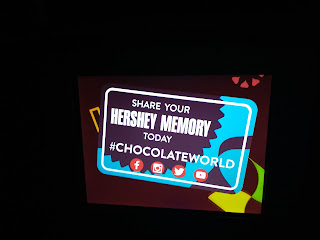 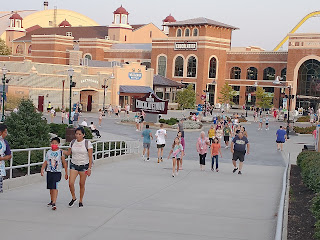 Hershey is fairly close to Lancaster PA.  which has a large Amish population.  We took a drive over there and toured a "Amish Farmhouse" that had been opened to the public.  It was right next to a Target store that had a number of Amish scooters (they use them for short distances) parked outside.  The guide said Costco has barn for parking the Amish buggys.

We then took a bus tour through the Amish countryside, seeing Amish schools (the kids walking home waved to us) people working the fields behind the horse drawn equipment.  There were an number of "retail opportunities" on the bus tour and we took advantage of some Amish baking and preserves.

One of the more interesting stops was an Amish dairy farm.  It unfortunately had stopped diary production due to the milk glut (we have a milk glut?) because the Amish with the older method of feed production can't really compete with the large commercial dairy farms.   They were trying to repurpose the farm into a handicraft gift store until perhaps the milk glut gets unglutted.

I was surprised at the practicality of the Amish people.  They do have electricity - generated by onsite propane generators, propane powered forklifts on the farm.

The Amish don't like their pictures taken, so we honored their wished and kept the camera in the pocket.

We also attended the Hershey RV show at Hershey Park and met some friends from nearby Maryland and lusted after some high end (hello Newmar) Motorhomes.  I don't think we are in market yet, unless we hit lottery big.